Griezmann reacts after guiding Barcelona to victory over Real Betis

France international Antoine Griezmann has spoken to the Spanish media in the aftermath of Barcelona’s 5-2 win over Real Betis in the Spanish La Liga. The reigning champions made the worst possible start to the season as they suffered a 1-0 away defeat at Athletic Bilbao and Griezmann had a forgettable debut with not a single attempt on target. 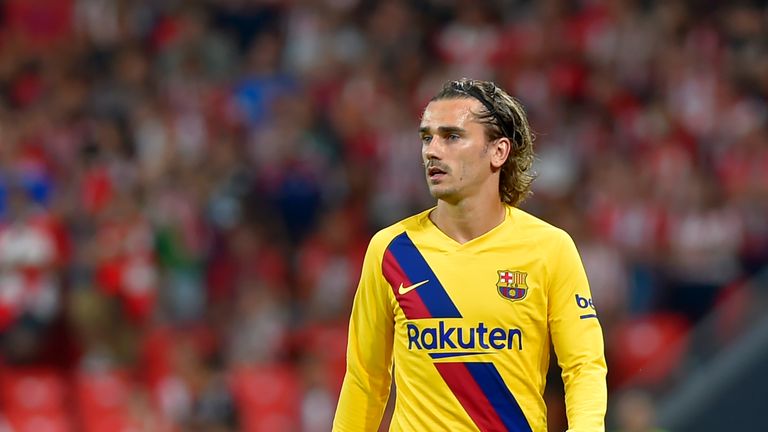 Against Betis, the Blaugrana suffered a minor scare with Nabil Fekir opening the scoring but Griezmann managed to level the proceedings with his maiden club goal. In the second period, the Catalan giants were thoroughly dominant as they added four more goals compared to Betis’ one and Griezmann was the standout performer with another goal and an assist.

Speaking after the game, Griezmann said that he tried to replicate Lionel Messi with the curling strike while his celebration was copied from LeBron James. He added that there was always expected to be a strong reaction from the side particularly after the late disappointing at San Mames last weekend, he told: “I saw Leo do this in training, so I tried to copy him. And for the celebration, I like the ritual that LeBron did so we tried to do it as well. After a defeat, there is always a big reaction. We really wanted to play another game and when so many players are missing, the team steps up.”

The Blaugrana have been without the services of Lionel Messi for the opening two games with the Argentine struggling with fitness concerns after a calf problem. Against Betis, it appeared that the Blaugrana could suffer a second-straight loss on the bounce but they made a terrific comeback with Griezmann leading the way. The victory sees Barcelona occupy the ninth position on the table and three points off table-toppers Sevilla. Ernesto Valverde’s side have an away game at Osasuna before the international break.

Antoine, Bilbao
← Neymar hails Lionel Messi as the best player in the world
Valverde pleased with Suarez and Messi playing together once again →